Where are my swaddles? 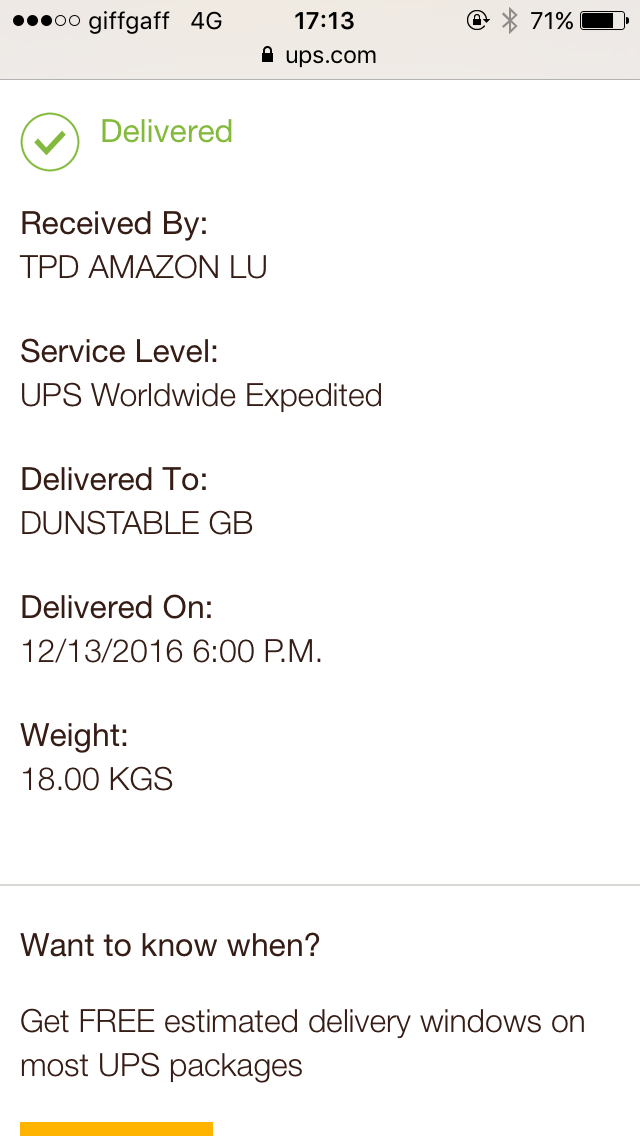 UPDATE: I literally posted this and then received an email from Amazon saying they had the shipment and were now processing it.  Phew.

If you’re reading this on the weekly update, then I apologise. It can’t be much fun receiving a weekly rant-a-thon on a Saturday morning.  Having said that, things have to look up soon. (So please subscribe if you haven’t already!)

As always, I want to be writing the upbeat post celebrating finally having stock to sell.  As usual it hasn’t worked out that way.  I spent most of the first half of the week on the phone to UPS, being told different things.  On Tuesday morning they let me know that the sender had said I’d pay the tax, so they wouldn’t be releasing the shipment until I did. Alarm bells started ringing then. (Again.)  Luckily it was still early evening in China and one email to (a very apologetic) Jackie and it was sorted.  Until UPS delivered to the wrong sorting office, but we won’t go into that…

So the swaddles finally turned up at the Amazon warehouse in Dunstable on Tuesday evening.  I randomly checked outside my son’s nursery, as my plan was to get the kids home to bed and call UPS again before they close at 8pm – but, no need, they were there!  (Weirdly it says delivered at 6pm – when it wasn’t even 5pm, but anyhow…)

Since then there’s been a lot of waiting.  For anyone who didn’t know (me included), it takes up to three days for Amazon to process incoming goods.  Until then, they still show as out of stock and you can’t buy them.

Today counts as two days, but since they’re not even showing up as ‘received’ (and I check regularly) I decided to email Seller Central Support to see what they had to say.  They said they could investigate – but only if I had proof of delivery.  That sounded simple enough, so I called UPS and asked for this, only to be told they don’t have it.  Apparently they do get a signature for a delivery, but haven’t for this one and can’t tell me why.  Given the dodginess around the delivery time (see above) this raised alarm bells – which I shared with them.  Only to be told that the sender can initiate an investigation – but I can’t.  So, once again, Jackie is on the case.

I decided to also post in the Seller Central online forum (for registered sellers) and received a few responses suggesting that Amazon are slow at this stuff (despite claiming to have it done in three days) and it might even be next year before they finish processing the delivery.  So, to sum up, they might be there – but they might not – and, even if they are, who knows when they’ll be available to buy.

This is really frustrating. I have a blogger lined up to take them along to a baby shower at the weekend and feel awful about letting her down.  I also have friends I’d promised them to…

I’m starting to feel like people must think I’m making the whole thing up, as it’s just dragging on and on and is always one thing after another.  My husband just said that I could write a book about the trials and tribulations of the past few weeks.  I guess I could – but not sure it’d be a bestseller!

Anyway, I’m off out for a curry.  And probably wine.